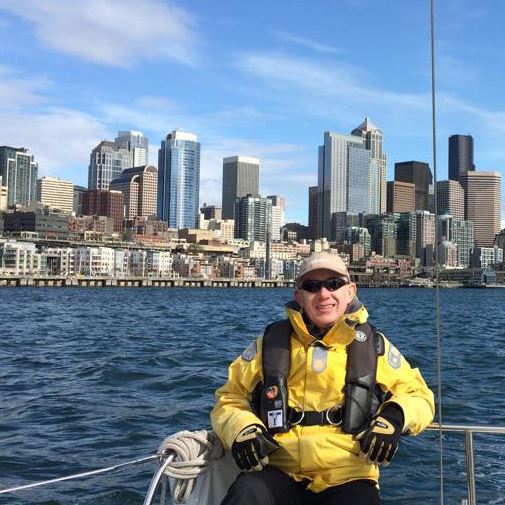 Per Wikipedia, “OAuth provides client applications a ‘secure delegated access’ to server resources on behalf of a resource owner. It specifies a process for resource owners to authorize third-party access to their server resources without sharing their credentials.” What this means is that your app can access the Twitter API in an authenticated way using OAuth without having to embed your username and password into the script.

The node.js request library that I mentioned last time has built in support for OAuth authentication. It requires that you populate a JavaScript object as follows:

Each of CONSUMER_KEY, CONSUMER_SECRET, OAUTH_TOKEN and OAUTH_TOKEN_SECRET are strings that we must supply as part of the OAuth handshake.

This all sounds a little complicated so an example will help. Before we get to that we need to get the values. Twitter provides a portal for this at https://apps.twitter.com/. If you login and select Create New App you will see a screen that looks like this: 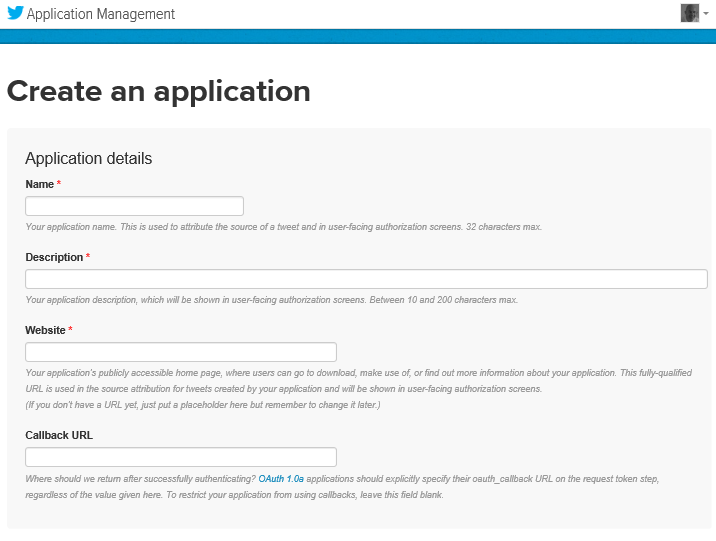 Here you provide the name of you application, a description, and a link to your web site. For our initial scripting purposes the values here don’t matter too much. There is a Callback URL value but we also don’t need this now and can leave this blank. Finally there are some terms and conditions to read and agree to. Once you have completed this form, press the Create your Twitter application button and you will see a screen that looks like this: 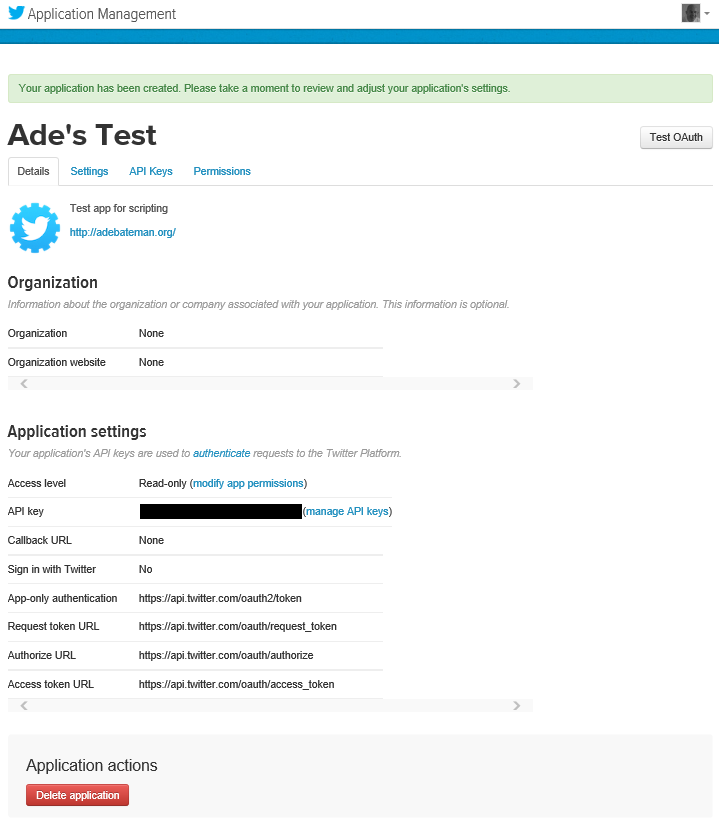 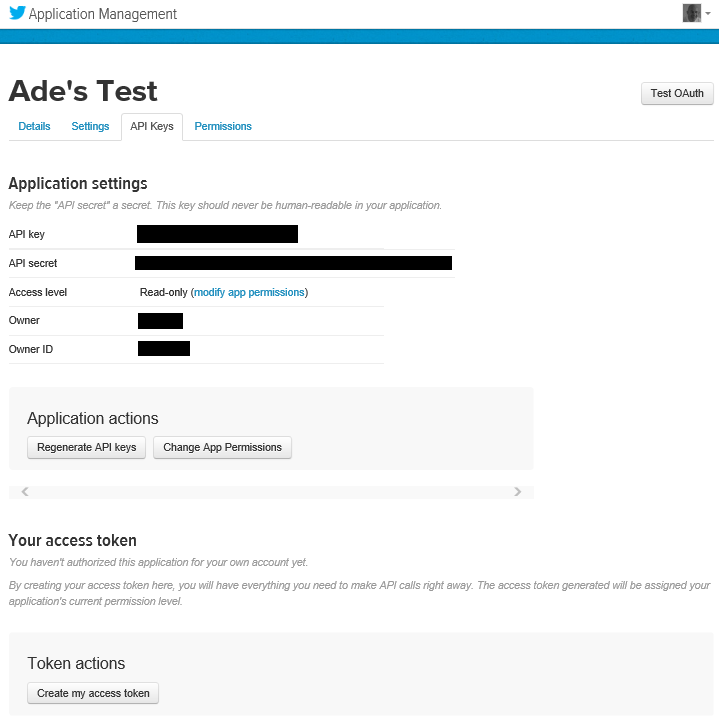 You may need to refresh to see your new access token.

So now you have four strings: API key, API secret, Access token, and Access token secret. These map to the four values needed in the OAuth structure described in the code above.

There are lots of different ways to access the Twitter API. Here I am simply going to use the user_timeline API to retrieve the 5 most recent tweets from my timeline. You can use this API to retrieve any user’s timeline that you have access to from your Twitter account (including, of course, all the public timelines).

So here is the code to make a request to this API:

You obviously need to replace the “…” strings with the values copied from your API Keys page.

The important addition in this code is passing the oauth option into the get() method. After this, the request module takes care of the rest. In general, all services that require OAuth authentication follow this pattern although they will differ in how the keys and tokens are issued to you.

You May Also Enjoy

If you reset a Microsoft Surface RT from a recovery disk, there is a good chance that you will get an error from Windows Update: Error 8007000e Windows Updat...

Running ssh-agent with WSL2 (so that VSCode can find it)

I often use Visual Studio Code together with WSL2 using the Remote - WSL extension. Recently, I have been using Docker running on a remote server accessed ov...

It is straightforward to change the name of your Windows PC through the Settings app (go to System, About, and choose “Rename this PC”). One problem, though,...

Installing the latest version of git on Ubuntu